The reasons why to choose a gluten-free diet 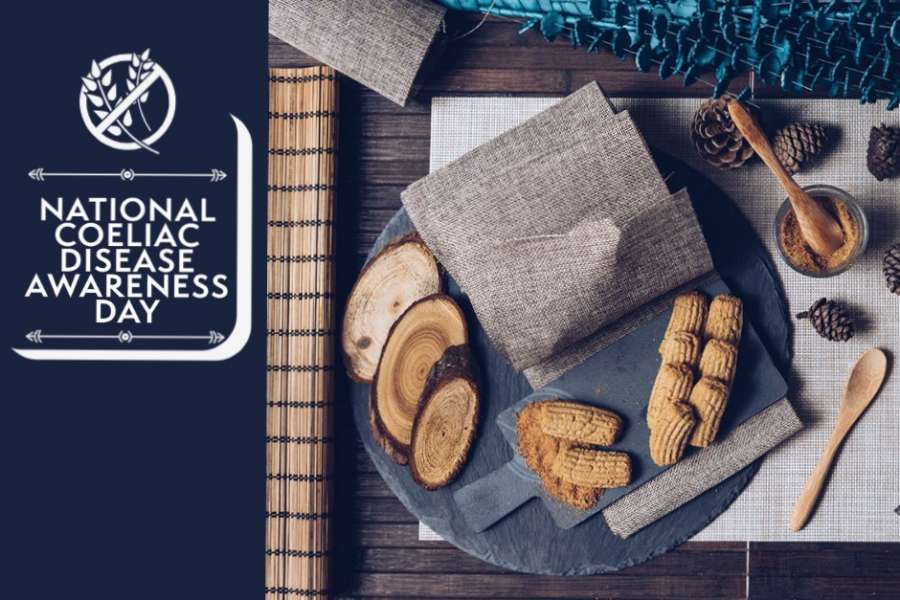 On the 16th of May, in Italy , it is the National Coeliac Disease Awareness Day, and for the occasion we chose to interview Dr. M. Trombetta, a nutritional biologist, who explained to us the reasons for choosing a gluten-free diet.

Below you will find the questions we asked her.

A gluten-free diet may be the right choice not only for those who suffer from coeliac disease, but also for those who are experiencing non-celiac gluten sensitivity (NCGS), a condition that the gastroenterologists of the Italian Society of Gastroenterology define as a condition of predominantly intestinal discomfort with very blurred and ill-defined contours. In other words, who suffers of NCGS does not have the same discomforts as those with coeliac disease, after consuming foods made from wheat and other main cereals containing gluten, they experience a series of gastrointestinal symptoms or even headaches, or difficulty in concentrating.

A gluten-free diet can be a breakthrough for anyone who experiences discomfort after eating foods containing gluten but who has not been diagnosed with coeliac disease.

However, the classic gluten-free diet forces us to ask ourselves some questions, as the foods used are often high on the glycemic index and load, i.e. they have a greater impact on the body's insulin response than conventional baked goods.

Corn and rice are the cereals most commonly used in the production of gluten-free foods, not because of any particular beneficial properties, but particularly because of their technological properties. For example, maize, containing a lot of waxy starch, is able to simulate the presence of gluten, making doughs more workable.

However, the effect that these types of food have on our blood sugar levels is devastating. Classical 'gluten-free' foods, based on rice and maize mixtures, have often been shown to be the cause of uncontrolled weight gain in people who use them, and are also correlated with the onset of diseases such as diabetes.

This is because they often lack of fibre and minerals such as potassium or zinc and have a higher content of free sugars and fats. In addition, they have a high glycemic index, which stimulates the insulin response of our cells.

On the other hand, the use of 'ancient' cereals such as oats or pseudo cereals such as teff and buckwheat in baked goods allows us to have innovative gluten-free foods that are rich in fibre and have a low glycemic index, which is even lower than wheat-based baked goods. This means that foods made from these cereals reduce the absorption of sugar into the blood (blood sugar) and slow down gastric emptying, i.e. prolong the feeling of satiety.

In addition, the high fibre content of these cereals means that those who eat them have better weight control and improve the whole digestive process.

It is now clear that those who follow a gluten-free diet cannot ignore the effects that the food they eat will have on their bodies.

First and foremost, they should identify foods with a low glycemic index, such as those made from ancient and pseudo-grains, which have a fibre content that stimulates the body to regulate satiety and the insulin response.

In this respect, oat, teff and buckwheat products are key foods for combining taste with functionality.

In addition, who follows this diet can often suffer from nutritional imbalances due to a lack of fibre and vitamins, so it is essential to enrich their diet with fruit, vegetables and legumes. In particular, for fruit, red fruits, which are rich in antioxidants and fibre, should be preferred, and for vegetables, Brassicaceae (such as broccoli or cabbage) or other fibre-rich vegetables, such as fennel or artichokes. A good choice for increasing fibre in the diet is also legume pasta, which is similar to traditional pasta in its culinary uses but much richer in fibre.

Of course it is! Nowadays it is possible to eat gluten-free without any sacrifices. This is because more and more products are becoming available that not only take into account the need to follow a gluten-free diet, but also focus on the nutritional well-being of those who consume them, from breakfast to dinner.

For example, a typical day could look like this:

SNACK: Pancroccante with sesame seeds and chia + a piece of fruit

Yes, of course... Here is a summer recipe that is light and balanced... and gluten-free, of course! Red lentils fusilli pasta with tuna and fried courgettes.

In a non-stick frying pan, put a little oil and water and add the chopped tuna, plus the chosen seasonings and the washed and sliced courgettes. Leave to gain flavour for about 5 minutes, stirring well.

Cook the 100% red lentil fusilli in boiling water according to the cooking time, drain and dress with a drizzle of oil. Then add the fusilli with tuna and courgettes, toss in the pan and serve!

First of all, toast the pine nuts in a small frying pan until lightly browned, then set aside. Meanwhile, clean the mushrooms with a damp cloth and remove the ends of the stalks. Slice them and sauté them in a pan with a little oil and a clove of garlic, keeping the flame high so that they brown. Once cooked, turn off the flame and season with salt, pepper and parsley.

In another pan, sauté the spinach with a dash of oil and a pinch of salt just long enough for it to wilt, then add it to the mushrooms. Cook the fusilli in plenty of salted water for the time indicated on the packet. Once they are cooked, add them to the vegetables and stir-fry for about a minute to allow the flavours to blend well. Add a handful of toasted pine nuts before serving.